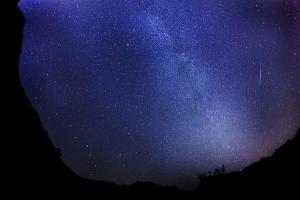 We think splitting an atom is the most powerful thing we humans can figure out or do. I’d argue breaking a habit is. Without focus and discipline changing habitual patterns isn’t just difficult it’s nearly impossible, because the very nature of a habit is you don’t have to think about it, you just do it. This is great for driving to work in the morning, but if you have a habit of eating too much or never giving yourself nice things, it’s a problem not a help. Of interest, however, is inside our well-worn habits is the power of celestial black holes. When we break out of them it’s a bit like releasing the energy of a quasar. This, of late, has become my focus. I’ve challenged myself to break a few of my own.

Tonight I went for winter’s walk. I often step out onto the deck and think I should walk the neighborhood before bed. The air is crisp and clean and it always feels like there’s magic in all that darkness. Invariably though, I talk myself out of it with such pressing matters as there’s lunch to pack for the next day. I’m in cozy socks. It’s late and I have to be up early. I decided tonight I would make a different choice. On death beds all over the world are millions of people lamenting the night walks they never took and the sunsets they forgot to appreciate. That shall not be me, I decided. I left on my cozy socks and slipped on my sneakers.

The air was, as I expected, crisp and almost electric. Christmas lights dot almost every house and as I walked along the lake the colored lights lit the water. I heard the geese commenting on my passing, more than I could actually see them. At this hour, there is so much quiet that the subtlest rustle of leaves could be heard. I held my keys, as even their jingle in my pocket seemed a marching band. What I think may have been an owl flew over my head as I stood on the bridge that crossed the creek. The coyotes in the field beyond the houses announced the start of their night hunt and I listened to them yelp for several minutes before moving down the path into the wood.

To experience the night, it’s movement and its odd manner of light; stars, a crescent moon, street light reflections, is to awaken something truly mystical in your soul. I am certain it was this mystery that so often whispered to me as I stood on the deck. A mystery in me I can only feel when I walk in darkness and allow the sounds of the night to move around me. There’s power in allowing yourself to be partially blind. To accept the way isn’t all that clear past the next few steps. That you can be happy in all the black uncertainty. It’s curious that when we meditate it can feel hard to silence oneself, yet take a walk along a deserted lane at night and it is as if your skull has become the most beautiful chapel, your thoughts saffron wrapped monks bowing to the moon. 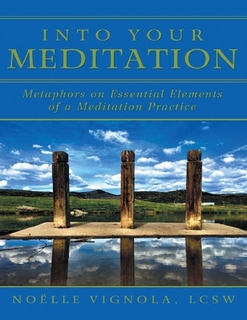